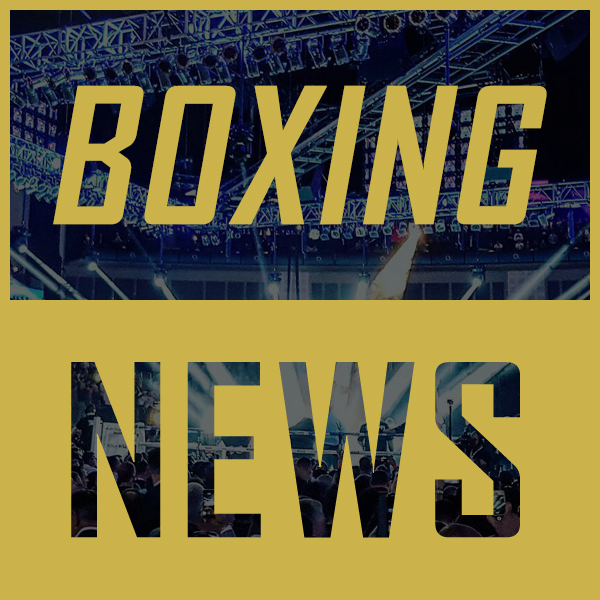 Catch up on all the latest boxing news

Anthony Joshua ignited the excitement of boxing fans around the world with the announcement that his next two fights will be staged at Wembley Stadium in London.

In the wake of months of speculation over future opponents, fight venues and unification bouts, the news came as a huge boost to boxing fans who are eager to see the heavyweight world-beater back in the ring.

The fights are to be on Saturday 22nd September 2018 and Saturday 13th April 2019 at Wembley Stadium.

Joshua’s previous two fights have been held at Cardiff’s Principality Stadium, in which he stopped Carlos Takam before a unanimous points victory over tough Kiwi Joseph Parker, with both fights in front of huge crowds in the Welsh capital as the British champ added the WBO belt to his collection and cemented his place at the best heavyweight boxer on the planet.

Following the path that has been walked by boxing legends #AJBXNG pic.twitter.com/8usTd03AtH

The next two Anthony Joshua Wembley events will be huge, with AJ announcing “I am returning to Wembley after two mega fights in Cardiff. I want to thank the supporters from Wales and Great Britain and also the people of London for patiently awaiting my return.

“Being north London born and raised, it is in my blood. The opportunity to fight in such an iconic stadium is normally a once-in-a-career opportunity, so to be given the chance to fight there again is amazing. Wembley just added a fourth lion to the den.”

These two huge nights of boxing will be the first time Anthony Joshua has been in the ring at Wembley Stadium since his incredible box office battle with Wladimir Klitschko at the national stadium in front of a 90,000 strong crowd. The occasion produced a titanic battle under the Wembley lights which saw Joshua survive a knockdown to topple the Ukranian giant in dramatic fashion on one of the biggest nights in boxing history.

Anthony Joshua’s promoter Eddie Hearn was delighted to announce the news, telling boxing fans “I don’t think anyone will ever forget that night of April 29 against Klitschko and we plan to bring two more dramatic events to Wembley Stadium in September and April. Images from these AJ events make our country the envy of the boxing world and long may it continue.”

Who’s next for Joshua?

There has been a public war of words surrounding a potential Anthony Joshua v Deontay Wilder unification fight between the two camps, which has seen a media frenzy as fans clamour to see the world’s top two heavyweights go toe-to-toe in the ring.

Speculation abound, key sticking points appear to be the purse split and fight venue which has prolonged negotiations, sparking a barrage of taunting on social media from both sides of the pond, predominantly from the big-hitting American.

The delay in getting this super-fight finalised has opened the door for Russian powerhouse Alexander Povetkin who, as the mandatory challenger to Anthony Joshua’s WBA title, is due his shot at the big time and the WBA, despite taking a back seat to allow the Joshua v Wilder fight organised, have run out of patience and insist Joshua must now face an obligatory defence of his WBA title as a priority.

With that in mind, the stage looks set for Anthony Joshua to face Alexander Povetkin at Wembley on Saturday 22nd September 2018.

Assuming AJ can retain his title and overcome his dangerous Russian opponent, this will clear the path for another spectacular night of boxing in London when the talking is over and boxing fans finally get their wish to witness Anthony Joshua taking on Deontay Wilder at Wembley Stadium on Saturday 13th April 2019 in what is undoubtedly one of the most anticipated nights of boxing in history.

Wembley Stadium is one of the greatest sports venues anywhere in the world, with the national stadium having hosted the biggest events from the world of football, rugby, boxing and music during its glittering role as London’s premier stadium venue.

Sadiq Khan, the Mayor of London was delighted with the news, telling fans “I am absolutely delighted that Wembley is set to host these next two chapters of AJ’s remarkable career. We have once again worked closely with Transport for London to make sure this can happen and to allow for tens of thousands of boxing fans to travel to Wembley Stadium for the fights.

“I have pledged to bring the biggest bouts in world boxing to London and these epic showdowns will cement London’s reputation as the best city in the world for top-class sport.”

To find out more information about how you can be there to witness history in the making with fight night hospitality, ringside VIP seats or an exclusive private box for these spectacular nights of box office action with Anthony Joshua, take a look at the exclusive range of official boxing hospitality, get in touch and discover an amazing night of blockbuster entertainment at Wembley Stadium.