Westlife will play a series of massive live stadium and arena shows in 2022, set to raise the roof at Wembley Stadium and beyond, so celebrate a magic night of music with official Westlife VIP tickets, hospitality packages or a private box.

Irish pop stars Westlife have confirmed they will be performing a huge one-off stadium show on Saturday 06 August 2022 at Wembley Stadium connected by EE.

Following that, the group will embark on a UK arena tour, visiting major music venues across the nation, including The O2 in London, AO Arena in Manchester and the Utilita Arena Birmingham.

The band, formed of Shane Filan, Kian Egan, Mark Feehily and Nicky Byrne, will headline the iconic national stadium and give tens of thousands of their adoring fans a chance to witness this momentous live performance in London.

Hot on the heels of their hugely successful UK arena tour where they celebrated their 25th anniversary as the biggest selling band of the 21st century, the newly announced Westlife Wembley Stadium live concert is sure to be one of the biggest music events of the year.

They join an incredible line-up of artists to have played Wembley over the course of history, including Adele, Ed Sheeran, Queen, The Rolling Stones, Spice Girls, Oasis, Take That, Madonna and so many more.

Join Westlife and amazing support acts James Morrison and All Saints for this incredible open air gig and enjoy a VIP experience at Wembley Stadium as the boys take centre stage for their biggest ever live performance.

Discover your perfect VIP package at your chosen arena or at Wembley Stadium, including official Westlife VIP tickets, premium all-inclusive Westlife hospitality packages or perhaps even an ultra-exclusive private box with Hospitality Centre – proudly partnering Wembley as Official Travel Agents for one of the biggest music events of the summer.

The ultra-exclusive World Of Our Own at the Bobby Moore Club VIP Lounge at Wembley Stadium connected by EE is the ultimate way for groups of fans to enjoy an unforgettable night watching Westlife at this massive stadium show in style. From the moment you arrive via the VIP entrance at the venue, all our VIP guests will enjoy access to the exclusive hospitality lounge and excellent stage views from exclusive VIP seats. Official Westlife hospitality packages at Wembley Stadium can be booked for groups of various sizes (subject to availability).

Westlife World Of Our Own hospitality package benefits include:

Savour the fantastic atmosphere as pop icons Westlife headline Wembley Stadium in style with the VIP experience of lifetime from the comfort of your own private corporate box at Wembley Stadium. Nothing beats the feeling of stepping out onto your adjoining private box balcony and taking up your luxury padded balcony seats to savour superb views of the show under the famous Wembley arch.
Westlife Wembley Stadium private box experiences can be booked for groups of 8, 12 or 20 guests only (subject to availability).

Enquire now to find out more information and be the first in line to secure your official Westlife tickets and hospitality packages, so simply send us your details using the form below and a member of our team will get back to you as soon as possible with all the necessary information.

Guests with VIP tickets will enjoy the best views of the stage from the comfort of the premium seats at The O2 and will feel like a VIP with exclusive access to the American Express Invites VIP Lounge where you can mingle with famous faces on the night. Premium VIP tickets can be booked for groups of various sizes (subject to availability).

Please note: The O2 Arena is now 'cashless' to speed up transactions and reduce waiting times, meaning only card and contactless payments will be accepted inside the arena.

Manchester Arena’s very own Prime Seat Experience invites privileged guests at this outstanding venue to experience an unforgettable night of VIP entertainment right at the heart of the arena. From the moment you arrive via the fast track entry, VIP guests will enjoy access to the View Bar and stunning views of the main stage from your VIP seats. VIP tickets at Manchester Arena are available for groups of various sizes (subject to availability).

The Arena Birmingham’s official VIP Experience welcomes guests to this renowned Birmingham music venue to enjoy an amazing night of wining and dining inside the venue combined with outstanding VIP tickets for the show. From the moment you arrive via the VIP entrance at the venue, all our VIP guests will enjoy access to the exclusive hospitality lounge and excellent stage views from the VIP seats. VIP tickets at Arena Birmingham are available for groups of various sizes (subject to availability).

The ultimate way to entertain a larger group of guests at your favourite venue is undoubtedly within an ultra-exclusive Westlife VIP Suite overlooking the arena. Inside each luxurious private box is a smart, contemporary interior which provides the ideal setting to relax and enjoy the atmosphere and refreshments with your guests, before taking up your balcony seats located directly outside of each private box.
Private Boxes can accommodate groups of 10 guests and above (subject to availability).

Enquire now to find out more information and be the first in line to secure your official Westlife tickets and hospitality packages, so simply send us your details using the form below and a member of our team will get back to you as soon as possible with all the necessary information.

Hear What Our Customers Say

I was lucky enough to get some tickets through Hospitality Centre, and was not disappointed! The hostess looked after us exceptionally well, and the food was amazing. There was a wide range of drinks and as soon as you asked for a top up it was done. Our seats were great, we could see everything clearly and they were comfortable too. Overall it was a great day out and I can't wait to do it again. I would highly recommend Hospitality Centre!
Emma, Concert VIP Guest 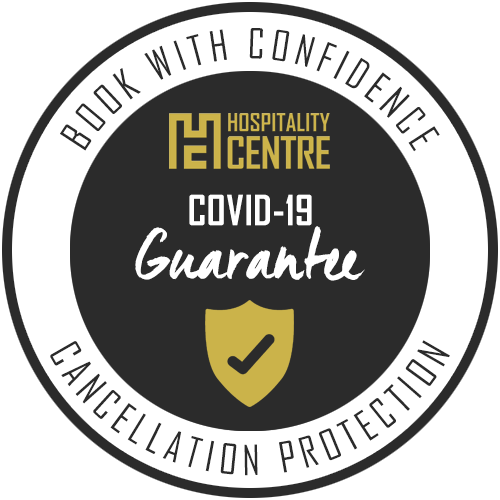 Our team of experienced event gurus have the expert knowledge to answer your questions and help you discover Westlife VIP tickets & hospitality that perfectly suits your needs.

We pride ourselves on providing outstanding Westlife hospitality experiences, ensuring you can enjoy complete peace of mind each time you book an event.