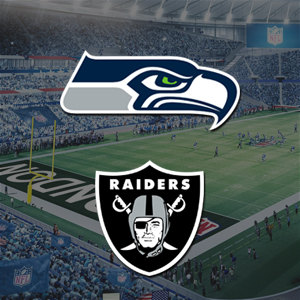 The NFL London Games have been announced for 2018 sparking a frenzy of interest across the UK and Europe, as six NFL teams are set to feature in three blockbuster games across London this October.

The opening game of the series features a hugely exciting clash with London debutants the Oakland Raiders hosting the Seattle Seahawks.

These two teams boast a combined total of 8 visits to the Superbowl with 4 of them being victorious, meaning this game promises to showcase American Football at its very best. Add into the mix Tottenham’s new White Hart Lane Stadium as the host venue and it becomes an event not be missed.

The Seahawks have proven themselves to be one of the most consistent and dangerous teams in the NFL reaching the playoffs 6 times in the last 8 seasons including winning the Superbowl in 2014 with the biggest winning margin in the last 15 years. With a defence nicknamed the legion of boom and a quarter back who holds the record for most touchdown passes in the regular season, they are an all-round top quality team.

The Oakland Raiders are one of the most iconic teams in NFL history which has been magnified by their place in American culture but they stand proudly as one of the NFL’s most successful teams, with 5 trips to the Superbowl including 3 Vince Lombardi trophies. The appointment of Jon Gruden as the highest paid coach in NFL history for the coming season brings plenty of expectation and promise but will they be able to deliver in London?

You can see the full line up of the NFL London Games 2018 and experience your chosen game day in with an unforgettable day of entertainment, courtesy of official 2018 NFL London hospitality packages or a VIP box, each giving you the perfect platform to witness the star-spangled entertainment that only the NFL can provide.