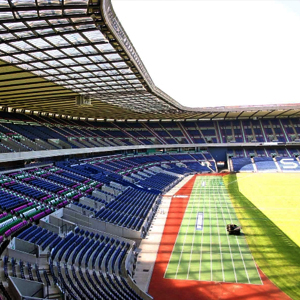 The countdown to kick off in the NatWest 6 Nations 2018 is well and truly underway and Scotland have announced their 40-man squad for the upcoming tournament.

The official announcement sees Greg Laidlaw return to the Scotland set-up for the first time in nearly a year. The scrum-half suffered a broken leg in a European Champions Cup for his French side Clermont tie back in October and subsequently missed Scotland’s autumn internationals last year.

Mercurial full-back Stuart Hogg keeps his place in the squad, despite having played since Scotland’s famous win over Australia at BT Murrayfield Stadium in November 2017.

Scotland captain John Barclay keeps the armband for the 2018 Six Nations with fans ready to roar Scotland on following a series of hugely encouraging performances in the autumn internationals.

Scotland get underway in the Six Nations with a tough assignment against Wales in Cardiff, followed by back-to-back home matches against France and later England at BT Murrayfield, before ending their campaign with away matches in against Ireland in Dublin and finally a trip to Rome to face Italy.

The final remaining official BT Murrayfield hospitality packages and private boxes are available now so get in touch today to secure your place at the NatWest Six Nations 2018.